Four full days of open competitive pinball play welcoming players of all ages and skill levels. INDISC hosts a total of 8 tournaments over the course of the 4 day event including The Open IFPA World Championship™.

PLEASE NOTE: A valid INDISC pass must be purchased for admission to the convention center/tournament.

With the exception of the Classics Target Match Play Championships, the It Never Drains in Southern California (INDISC) tournaments consist of open card-based qualifying and match play final rounds and are open to all players attending the event. During open qualifying, each player may purchase as many cards as they like to attempt to qualify for the final rounds. A point system is used to rank each player’s score on each machine. Those who possess the highest ranking cards at the end of qualifying will participate in the match play final rounds.

In the final rounds, qualifying players play against each other in multiplayer games. A [different] point system is used to determine who advances to the next round and, ultimately, who wins the division.

The Classics Target Match Play Championships is a separate, single day event limited to 120 players. Players will be placed into four-player groups (occasionally three-player) to compete on an individual, randomly selected machine. Points will be awarded based upon performance on that machine (7/5/3/1) (7/4/1 for 3 player groups) and added to a running total for the tournament. The first player to reach the target value of 70 points will be crowned INDISC Classics Target Match Play Champion for 2023 and end the tournament. Tickets will also be available at the door but at a slightly higher price.

International attendees unable to attend due to newly imposed COVID-19 restrictions on travel to the United States will receive a 100% refund regardless of the schedule posted above.

Cards for each tournament can be purchased for the following rates:

Unplayed /incomplete cards will not be refunded—please plan accordingly.

For more info on the format, rules, fees, payouts and other details, please visit the INDISC Tournament Rules page.

PLEASE NOTE: A valid INDISC/Festival of Fights Full Event Pass must be purchased for admission to this tournament.

The maximum number of players is 120. If the event sells out please join the waitlist to be notified when a ticket becomes available.

Play will continue up through Round 16 OR once a player reaches the target score. If the target score is reached the tournament will end at the conclusion of the current round.

There are no playoffs. Positions after the final round will determine final placements.

Players will be placed into four-player groups (occasionally three-player) to compete on an individual, randomly selected machine.

Points will be awarded based upon performance on that machine (3/2/1/0) (3/2/1 for 3 player groups) and added to a running total for the tournament.

There will be no tiebreakers besides that to declare a champion. Position ties will be broken by the number of 1st, 2nd, and 3rd places for each of the completed rounds.

Prizes: Visit the Tournament Rules page for the payout schedule.

Welcome, High Rollers, to the 4th year of the INDISC High Stakes division.

Playoffs: TBA players to playoffs. PAPA-style, 3 games per round, with 4/2/1/0 scoring.

INDISC would like to welcome women from around the world for the 3rd Annual INDISC Women’s Championship. 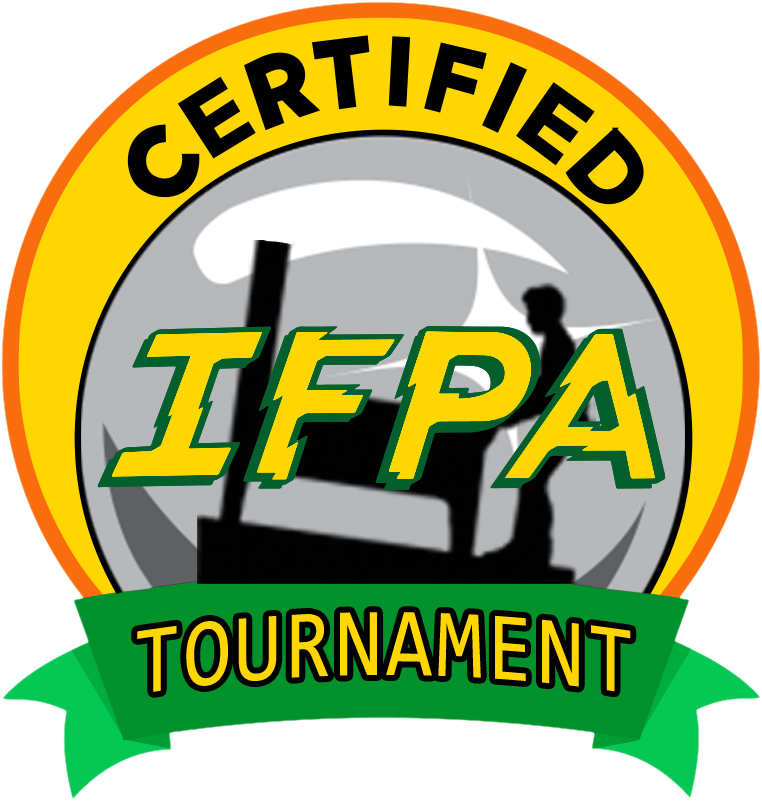 Playoffs: There will be no playoffs. Seniors will end at a specified time with the highest ranking senior player winning the division.

The future generation division! Qualifying attempts will also count in The Open.

Playoffs: There will be no playoffs. Youth will end at a specified time with the highest ranking youth player winning the division.

Thanks to all our INDISC sponsors!